James C. Rouman, MD, was my mentor from early in my internship at Hartford Hospital and throughout my career at Hartford Hospital and University of Connecticut School of Medicine. Unbeknownst to me, Jim had seen on my internship application that I expressed an interest in anesthesiology as a specialty. Early in my internship, he introduced himself to me one evening in the cafeteria in a typically “Roumanesque” way. He stood up, grabbed my arm, twisted it behind my back so I couldn’t move, and loudly proclaimed: “Lilly, you LOOK like an anesthesiologist.” I didn’t know who he was at the time, nor did I have much future contact with him until my elective month in the anesthesiology department when he made sure I had a good experience. I still remember clinical pearls he shared back then which I passed on to many residents afterward. One such pearl was that redheaded patients require more medication and are harder to anesthetize. I recall thinking to myself at the time that sounded like BS to me. Years later, I was happy to send Jim a peer-reviewed article from a major journal documenting that he was right about redheads. 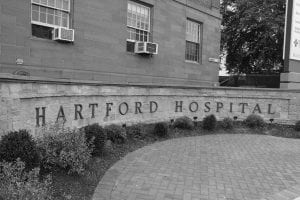 Shortly after the rotation, he discussed career plans with me. I told him I was now seriously interested in anesthesiology, but I had a two-year army commitment as soon as I finished my internship. Therefore I could not begin to look for a residency position. Before I knew what was happening, he had me in the department director’s office and was talking to the army medical corps on the phone, convincing them that I would be of more benefit to them as a fully trained anesthesiologist than as a general medical officer fresh out of internship. And so I was given a deferment to complete residency and signed up to be an anesthesia resident at Hartford Hospital. Years later, as I became a residency program director, I was suspicious that Jim may have been as interested in filling a residency slot as he was in my career at the time. But his interest in my career continued.

He was my “one on one” mentor during my first six months of training. He tried to teach me to write coherently, though this document may not demonstrate that. He was instrumental in persuading the group to hire me after my two years as an army anesthesiologist in Nuremberg, Germany—two years that were professionally valuable, but also a two-year tour of Europe at the taxpayers’ expense.

When I returned to Hartford Hospital as an anesthesiology attending, his mentorship continued. Jim is a consummate politician, and he gently tried to guide me through the intrigue of department and hospital politics, though I never developed his political skill or love of intrigue. Despite my fear of public speaking at the time, he somehow managed to get me on the American Society of Anesthesiologists’ lecture circuit. He conspired to get me elected as president of the Connecticut State Society of Anesthesiologists literally before I had ever attended a meeting of that organization! Much later in my career, after Jim had retired, I became Department Chairman at both Hartford Hospital and UCONN Health Center, as well as Residency Program Director of the newly combined Hartford Hospital-UCONN Residency. I knew little about recruiting and hiring residents, so Jim returned as a volunteer and essentially ran the recruitment program for the first couple of years of my tenure. His instinct for which candidate would be a good resident never failed.

So, I cannot think of a better example of a mentor in medicine than James C. Rouman. More importantly, he had similar career influence on most of the residents and young attendings who went through the Hartford program throughout his career. I can only hope I have had some small similar impact on the many residents, nurses, and young attendings I was fortunate enough to recruit, train, and work with throughout my career.