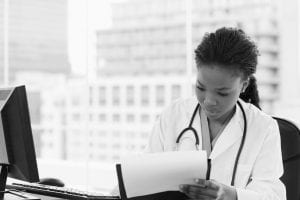 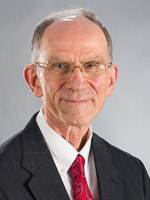 Joe, a retired professional hockey player in his mid-50s, came to my office with his wife last week for his first appointment. He told a story (confirmed by his wife) of developing depression, an occasional explosive personality (unusual for him), and increasing memory loss in recent years. After an hour of history taking and examination, including a mental status examination, I told them that we obviously needed to do more tests, but the likely diagnoses are a secondary depression to a presumed early-onset dementia, either CTE or Fronto-temporal dementia, the former more likely. Before they left, I asked my usual question, “May I ask how you ended up with me?” His wife answered, “We have seen a number of doctors all for about 15 minutes each and got no place. A friend told us you would talk to us longer.” The friend was right.

That interchange reminded me once again of the many changes in private practice during my career. Some data from the AMA’s most recent Physician Benchmark Survey illustrates this further:

We all know the many reasons: the onslaught of managed care in the 1980s; the ever-increasing conglomerations into larger and larger insurance carriers; and the introduction of expensive electronic Health Records (EHRs). Also, Medicare, with its increasingly more and more burdensome practice intrusions like MIPS and decreasing fees, adds to this situation.

Some of us have battled on in our private practices with the help of independent practice associations (such as the CSMS Connecticut Independent Practice Association, of which I am a member). However, the majority of us, to have a voice in the marketplace, bonded together in ever larger groups, sold out to insurance companies, or simply became an employee of an ever larger and larger group, often partly or fully owned by a hospital or hospital system. Consequently, physicians now spend more and more time on administrative aspects while feeling the pressure to churn out more and more RVUs. According to a recent AMA survey, the average time we now spend with a patient in our office setting is 7 minutes. No wonder 50% of us admit to some level of physician burnout!

In addition to these momentous, externally imposed changes, I believe we have added to our problems by selling out what I call much of the “heart and soul” of being a physician. I remember the days at my hospital when we had an informal breakfast table in our cafeteria where many doctors would stop before making morning rounds. A rotating group of up to 30 colleagues would have lunch in the Doctor’s Dining Room. Discussion would vary from the latest banter between Yankee and Red Sox fans to the heavily-charged politics of the day. It gave all of us, no matter our specialty or politics, a place for common ground, a place for change of pace and comradery. Now, only hospitalists and certain specialties make hospital rounds, and very few of us take time for a 30-45 minute lunch.

I want to end, not with indulging in nostalgia, but on a positive note. Change is inevitable. However, it becomes incumbent on all of us to direct that change in a creative, patient- and physician-positive direction. We need to get involved in developing more physician-friendly EHRs that include the use of artificial intelligence so we can use them to practice high-quality medicine. Healthcare systems like Mayo, Stamford, or locally HHC, are investing generous financial and professional resources to address physician burnout to create a positive medical environment for the digital world, but this remains a work in progress. I have faith that these efforts will succeed. All these changes have certainly reminded us that we cannot ignore the human factors in the practice of medicine – both for the sake of our patients as well as ourselves.