Join us for an engaging seminar exploring how Civil War-era governors' work regarding soldiers' health care and social needs.

Over 110 Connecticut doctors supported the Union during the Civil War by serving as recruit examiners, regimental and naval surgeons, contract physicians, and citizen volunteers. Through a mix of ingenuity, skill, and humanity, these doctors excelled under extraordinary, harrowing circumstances.

During this engaging webinar, Dr. R. M. Bedard will highlight the vital role of the Navy in the Civil War, the evolution of Naval medicine, how illnesses were managed aboard ships, the dangers sailors faced each day, Connecticut's influences on Naval medicine, and more. Join us to learn more about how doctors treated and survived aboard the ships of the Civil War.

Dr. Robert “Mick” Bedard has been a loyal member of the Hartford Medical Society since 1984, previously serving as both a board member and two-term president.

Born and raised in Massachusetts, Mick is an alumnus of Brown University and the University of Cincinnati Medical School. Following an internal medicine residency at MCH in Burlington, VT, he had a practice in Wisconsin. He then went on to an allergy/immunology fellowship at the University of Wisconsin-Madison. Mick opened an allergy practice at the Hartford Hospital Community in 1984 and, in 1996, merged with pediatric partners to form the Connecticut Asthma and Allergy. He retired at the end of 2015 and has remained a retired emeritus staff at Hartford Hospital.

He has been a Civil War reenactor since 1987 as a Union rifleman, assistant regimental surgeon, and now a naval surgeon with the Kearsarge Afterguard. Currently, he is the treasurer of the Civil War Round Table of D.C. 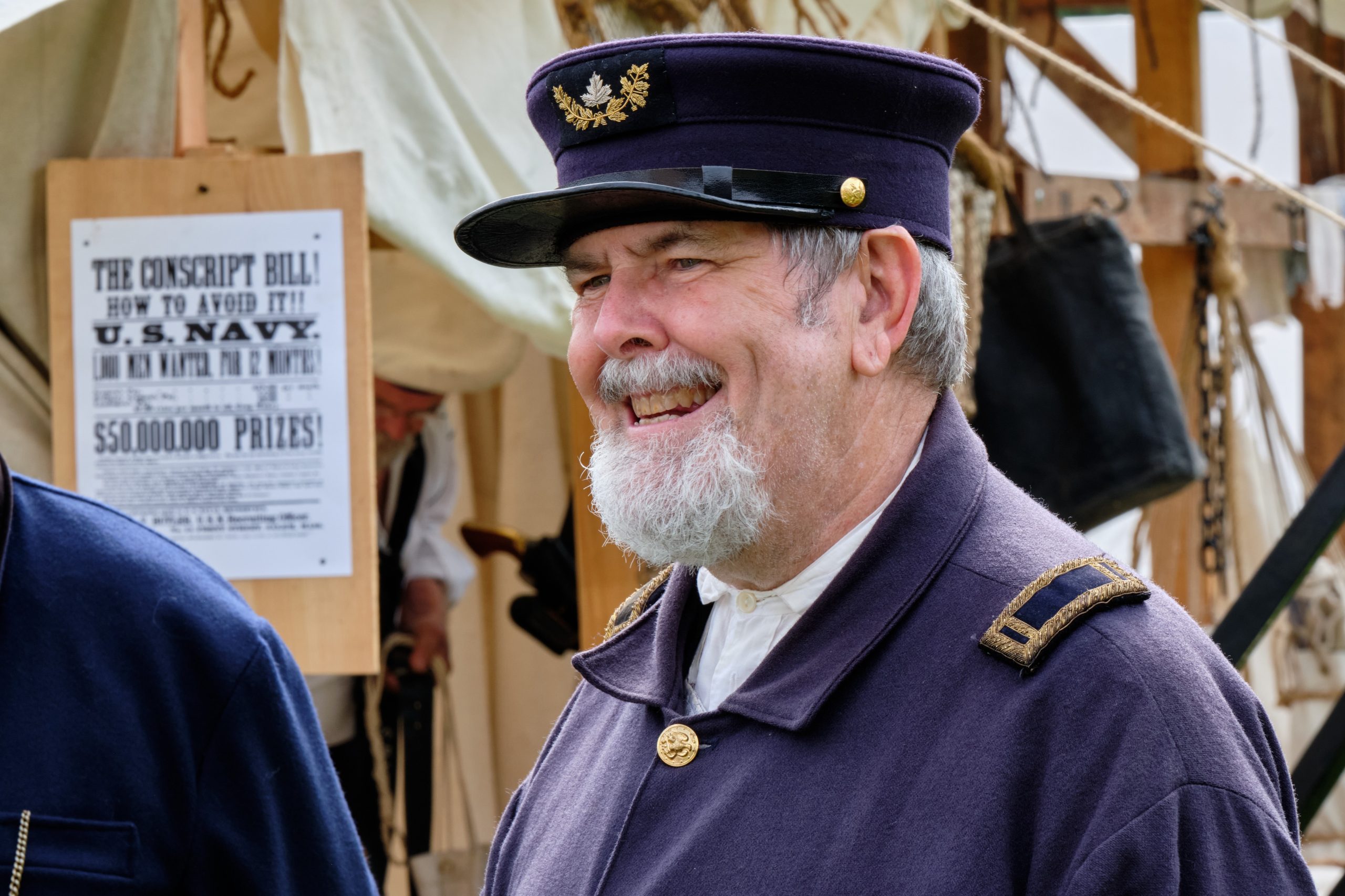